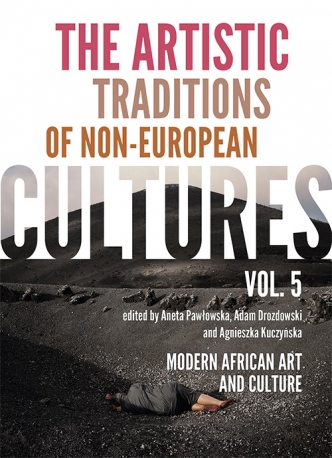 Through the ages, the African continent has evoked a growing amount of interest among many scholars of various professions. The 21st century brought about many changes and marked the beginning of a completely different outlook concerning the African continent. It is a time when the Western World is finally attempting to utilize the gathered anthropological data about this area, and at the same time it consequently tries to separate itself from the prevailing - until today, colonial perspective. This is also the moment when there is a significant reassessment of the unilateral and biased view of the so-called “African Tribal Cultures” which in the Western World were previously often treated as not having any form of art at all, as it was regarded as only merely craft and not true art. In the current 5th volume of The Artistic Traditions of Non-European Cultures, the authors decided to concentrate on the subject of contemporary art and architecture from Africa. The issues which are related to culture and aesthetics are not overlooked as well.

Felix O. Olatunji
Art as an Integral Form of Development in Africa

Aleksandra Łukaszewicz Alcaraz
De-construction, Haunting, and Non-normative Representations – Chosen Strategies in Artistic Research on Redefining Postcolonial Identities in the Context of the Republic of South Africa